At the G20 Economic Forum in Pittsburg last September, President Obama said his administration would combat climate change by phasing out the government’s grandiose subsidies to the fossil fuel industry.

But a report released on April 13, by Synapse Energy Economics (SEE) in conjunction with the Sierra Club and others, argues that Obama hasn’t followed through on his promise to cut dirty energy handouts. The study, titled “Phasing Out Federal Subsidies for Coal,” states that Obama is in fact overseeing the continuation of taxpayer resources being given away for the construction and expansion of arguably the largest contributor to global warming — coal-fired power plants.

“On an annual basis, globally, there are at least $250 billion dollars in global fossil fuel subsides, and some people will think that number is closer to $400 billion,” said Steve Kretzman’s of the advocacy group Oil Change International.

The U.S. is the leading shareholder for the globe’s top lender, the World Bank, which recently approved a staggering $3.75 billion loan for the construction of a coal-fired power plant in South Africa. The bank also continues to finance fossil fuel extraction, coal plant retrofitting all over the world.

International financial institutions, since the UN’s Framework Convention on Climate Change came into effect in 1994, have doled out over $137 billion in direct and indirect support for new coal-fired power plants.

The World Bank’s own Extractive Industries Review has even recommended the bank end its financing of coal and oil development. Nonetheless, this recommendation has been ignored.

“The U.S. government should take aggressive action to make the World Bank follow the recommendation of its own Extractive Industries Review and withdraw from financing coal development,” write the report’s authors. “If the bank refuses to do so and, instead, approves projects [such as the recent one in South Africa], the U.S. should phase out our support [of the bank’s energy lending practices].” 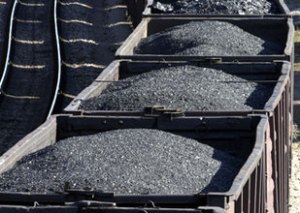 Coal subsidies keep the cost of consumption for consumers artificially low because production prices are decreased. As such, the true costs, environmental as well as economic, are not included in the price of coal.

Approximately $70 billion flows annually to the global fossil fuel industry strictly on the production side, yet subsidies for producing renewables is far lower.

“You know, solar, wind, efficiency, these things get about $12 billion on an annual basis, as compared again to $70 [billion] for fossil fuels,” said Kretzman of Oil Change International. “So that’s a really imbalanced energy market. A few years back, there was a study of climate change, in particular, and it was noted by Nicholas Stern, who was the World Bank’s chief economist, that climate change is the greatest market failure of all time, and that the subsidies — the fossil fuel subsidies — are the major reason for this market distortion.”

Even so, President Obama has not taken any substantive measures to curb the enormous subsidies that flow to the fossil fuel industries, and in particular to the coal sector. Many federal policies, as SEE’s study indicates, are often in conflict with this administration’s alleged efforts to adopt a clean energy policy.

While President Obama has refused to directly challenge the World Bank’s energy lending practices, his administration is also investing more taxpayer dollars into the research and development of so-called “clean-coal” technology. In February 2009, when the Stimulus Package was signed into law, a total of $3.4 billion was set aside for carbon capture and sequestration (CCS) projects, otherwise known as clean coal.

Later in December 2009, Secretary Stephen Chu of the United States Department of Energy announced that the Summit Power Group in Texas would receive the first installment of $350 million to help develop the state’s first CCS project, known as the Texas Clean Energy Project. It was the largest award given to date by the Department of Energy’s Clean Coal Power Initiative, which was enacted by President George W. Bush.

In Obama’s home state of Illinois, the DoE is also funding a clean-coal project known as FutureGen, which would also employ CCS technology. In all this administration has set aside $1 billion in stimulus money to promote the project.

To this day there is still not a single CCS commercial project operating anywhere in the world. Taxpayer dollars, critics claim, should instead be invested in renewables such as wind, solar and geothermal.

Other critics of clean-coal theories state that the technology, in reality, is simply unattainable. In theory, in order for CCS to actually work, large underground geological formations would have to house this carbon dioxide. But according to a recent peer-reviewed article in the Society of Petroleum Engineers’ publication, the CCS jig is up because the technology just doesn’t seem feasible.

“Earlier published reports on the potential for sequestration fail to address the necessity of storing CO2 in a closed system,” writes report author Professor Michael Economides in an editorial for the Casper, Wyoming, Star-Tribune. “Our calculations suggest that the volume of liquid or supercritical CO2 to be disposed cannot exceed more than about 1 percent of pore space. This will require from 5 to 20 times more underground reservoir volume than has been envisioned by many, including federal government laboratories, and it renders geologic sequestration of CO2 a profoundly non-feasible option for the management of CO2 emissions.

“There is no need to research this subject any longer,” adds Economides. “Let’s try something else.”

To put this in laymen’s terms, the areas that would house carbon produced from coal plants will have to be much larger than originally predicted. So much so, in fact, that it makes CCS absolutely impossible to implement. By Economides’ projections, a small 500 MW plant’s underground CO2 reservoir would need to be the size of a small state like Vermont to even work.

“The [subsidization of coal] not only sets the nation back in achieving energy and environmental policy goals, but also places taxpayer dollars at risk,” SEE writes in its report on U.S. coal subsidies. “As regulatory policy changes, as financial circumstances change, so must the administrative financial polices of the federal government.”

This article was first published at Alternet.org.