Why the Whole Idea of the U.S Achieving ‘Energy Independence’ Is a Sham That Enriches Big Oil and Coal

Whether it is the hucksters pushing for the Keystone XL pipeline to cut across the Heartland, or the coal barons who are ramping up their exploits in Powder River Basin, a familiar refrain can be heard echoing throughout their propaganda: America must produce its own energy and stop relying on “terrorist” countries to keep our homes heated, cars running and economy kicking.

“The United States consumes 15 million barrels of oil per day and imports 11 million,” Russell K. Girling of the TransCanada Corporation, which is to build the Keystone pipeline, recently wrote in The Hill. “Keystone XL offers Americans the choice of receiving their oil from a friendly, secure supplier in Canada, instead of importing crude from unstable, volatile foreign nations such as Venezuela, Libya and other areas of the Middle East.” 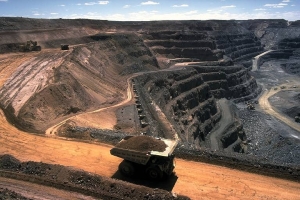 In late August, Oil Change International shattered the myth that the Keystone XL, which is to transport tar sands from Alberta, Canada to Port Arthur, Texas, will be used domestically. Refiners based in Port Arthur, where the oil will end up, are focused on exporting oil to Europe and Latin America. The majority of the heavy tar sands oil extracted in Alberta will never end up being burned in the United States.

“To issue a presidential permit for the Keystone XL, the administration must find that the pipeline serves the national interest,” says Stephen Kretzmann, executive director of Oil Change International. “An honest assessment shows that rather than serving U.S. interests, Keystone XL serves only the interests of tar sands producers and shippers, and a few Gulf Coast refiners aiming to export the oil.”

Additionally, Valero, which is to be one of Keystone XL’s main customers, purchasing 76 percent of initial production, has detailed to its investors that the crude it is to buy is mainly set for export. To top it off, Port Arthur, where the dirty oil is to be refined, is in a Foreign Trade Zone, where the company can operate without paying any U.S. taxes. Valero’s contract is to last until 2030 and the company is to take around 100,000 barrels of tars sands per day.

Despite an outpouring of opposition to the proposed pipeline, which culminated in over 1,200 arrests in late August and early September outside the White House, the Obama administration is likely to rubber-stamp the deal. President Obama’s jobs advisers are lending support for the pipeline and he is also likely getting pressure from within his own party to give the project a green light.

In 2008 Paul Elliot, who now serves as TransCanada’s chief Washington lobbyist for Keystone XL, served as a national campaign manager for Hillary Clinton’s presidential race. Additionally, as was discovered by anti-Tar Sands activists from Nebraska as they prepared for hearings on the matter at the State Department, the hearings were being held by a company called Cardno Entrix. It turns out that Cardno Entrix is contracted to run the environmental-review for the Keystone XL pipeline, but lists TransCanada as one of its major clients on its website.

“The pipeline company recommended the firm they wanted to review them, a firm that listed the pipeline company as one of their major clients,” writes Bill McKibben and Naomi Klein. “Perhaps–just perhaps–that explains why the review found that Keystone XL would have ‘limited adverse environmental impacts,’ a finding somewhat at odds with the conclusion of 20 of the nation’s top scientists who wrote the president this summer to say it would be an environmental disaster.”

It appears that TransCanada is doing all it can to impact the Obama administration’s decision on the matter by hiring a former Democratic campaign manager, and has certainly pushed Obama’s State Department to hire a company with close ties to the very company it is supposed to independently review. Additionally, some have criticized the job numbers for the project. In 2010, TransCanada said that, “During construction, Keystone XL would create 13,000 jobs and further produce 118,000 spin-off jobs.” But a report from Cornell University says these numbers are inflated, writing that the project will create no more than 2,500-4,650 temporary construction jobs for two years based on the data TransCanada has given the State Department.

Not only will hundreds of thousands of jobs not be created, and not only will tax revenue not help the country get back on track, the majority of the oil from the tar sands will end up not even being used in the United States. Debunking these myths are just one part of the fight for a clean energy future.

And it is not just the tar sands and the Keystone XL pipeline facts that need to be straightened out; the coal industry is currently on a major PR push to pressure the public into believing that locally produced coal is a crucial part of the U.S.’s energy independence. The U.S. is the fourth largest coal exporter in the world and companies are working hard to increase production and shipments.

“America’s abundant coal reserves — and our continued use of coal to generate electricity — also promote greater U.S. energy security,” said American Coalition for Clean Coal Electricity, a front group that is made up of over 40 coal industry companies. “The reason is simple: The coal we rely upon is found right here at home, and we have a more than 200-year supply based upon today’s rate of usage.”

While it may be true that the U.S. has some of the world’s largest reserves, along with Canada a total of 29 percent of the globe’s recoverable coal, major companies like Peabody and Arch Coal are looking more and more at oversees markets and mines to turn a profit. They know the jig is up here at home, where dozens of new coal plant proposals are being tossed in the trash. As such, China is increasingly coming into play, as the country continues to build two mid-size power plants a week. In 2007 the Energy Watch Group reported that China could reach maximum production by 2015, which means they will have to get much of their coal from elsewhere.

This is why companies operating in the coal-rich Powder River Basin are increasingly eyeing potential coal export facilities up and down the West Coast. There are only two coal terminals that ship coal to Asia; one in Seward, Alaska and another major terminal in Vancouver, B.C. Coal exports from the U.S. to Asian markets during the first six months of 2010 increased almost 400 percent compared to the entire year of 2009. It’s one of the only shimmering lights on the horizon for the struggling coal industry, which is facing increased opposition in the U.S. as old power plants are shuttered and new proposals are being met with stiff resistance.

This hasn’t stopped the Obama administration from pumping hundreds of millions into “clean coal” projects or from allowing the Bureau of Land Management from opening up public lands in the Powder River Basin for coal mining. Nonetheless, as awareness of coal’s contribution to global warming and human health impacts grows, American coal companies are going to fight to keep the mines operating and the coal burning. Even it if means helping to fuel one of our country’s main economic rivals, China.

This brings us to the curious case of natural gas, the one fossil fuel that continues to be deemed a clean energy source by many despite the fact that its extraction through fracking could have catastrophic impacts, not to mention global warming causing emissions from leaks and carbon from its burning. There is no doubt there is a natural gas boom taking place across the country, with proposals for new fracking operations spreading from California to New York. But how much of this proposed natural gas will actually be used in the United States in the future is a question that has yet to be answered.

The first natural gas export from the United States was recently approved for Cheniere Energy in March 2011 by the Department of Energy. It will be the first large natural gas export out of the Gulf of Mexico, with other proposals in the pipeline by companies wanting to sell American natural gas to the global market. Their loyalty isn’t to America, but to their bottom line.

The Keystone XL pipeline saga and the recent misinformation about coal development illuminate how these resource profiteers market their destructive endeavors to normal Americans — as a means of energy independence and national security. Nonetheless, as the U.S. public looks to wean the country off of dirty fossil fuels, it’s a safe bet that the extraction industry will have little problem selling their dirty products to anyone who’s ready to buy.

This article first appeared on Alternet.org.

One thought on “Why the Whole Idea of the U.S Achieving ‘Energy Independence’ Is a Sham That Enriches Big Oil and Coal”